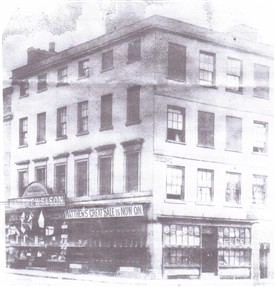 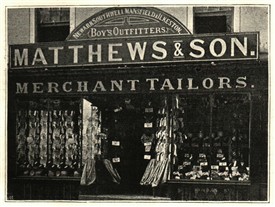 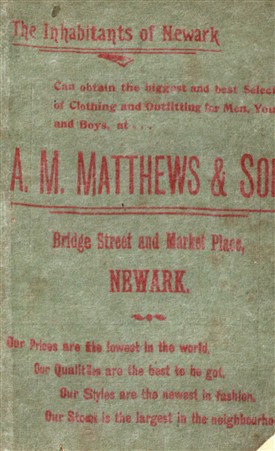 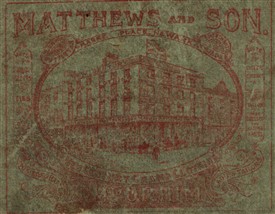 Matthews shop was located on the south west corner of Bridge Street, where it joined the Market Place.

From available local Trade Directories we find the following entries which trace the history of the firm:-