The earliest record to a pub on this site dates from 1471 where it is mentioned in a deed (Cornelius Brown’s History of Newark, Vol.2, p.26).  This makes the Cavalier (then known as The Angel) Newark’s third oldest known pub, after the Saracen’s Head (1341) and the Old White Hart (1413), both in the Market Place.

An early printed reference to the Angel occurs in Cresswell’s Nottingham Journal on 24th May 1783.

Not a coaching inn

The Angel was not one of Newark’s coaching inns, but (in 1831) was the pick-up point for a number of local carrier’s carts.  These were, on Wednesdays, John Jackson’s carrier to Bingham, and Lanech Willerth’s carrier to Sutton-on-Trent.  Then, on Wednesdays and Fridays Thomas Wood’s carrier departed from the Angel for Mansfield.

In 1965 the Angel building was demolished and rebuilt.  The new pub was re-christened The Cavalier Inn

The Cavalier closed in the Summer of 2001, and in the following November the Newark Advertiser (23rd Nov. 2001 p.5) reported that it was to be redeveloped at the Savers health and beauty store. 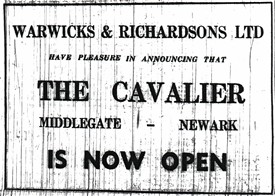 Above & Below; A selection of trade adverts which appeared at the time of the Cavalier’s opening in 1965 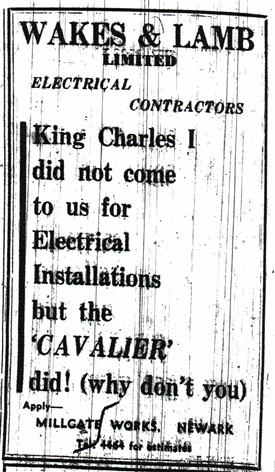 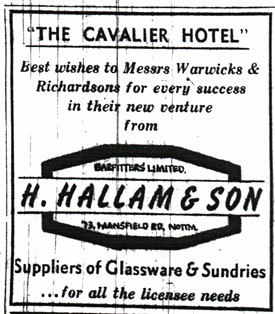 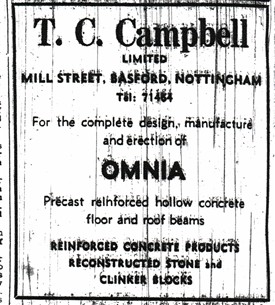 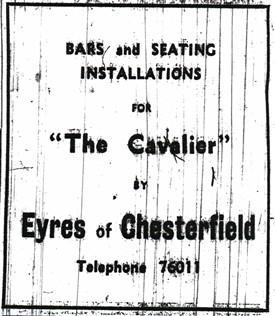